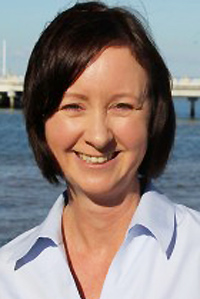 The Queensland Government has joined with the Queensland Law Society and Community Legal Centres Queensland in calling on the Federal Government to reverse its planned cuts to community legal services.

“It is everyday Queenslanders who access these legal services – mums and dads, grandparents, young people, tenants, Aboriginal and Torres Strait Islanders, people with a disability, people with mental health issues, and the list goes on.

“They are people who cannot afford a lawyer and are not eligible for government legal aid.

“Some of them are among the most vulnerable in Queensland and we need to support them, not cut vital assistance.”

Mrs D’Ath said the funding cuts would mean Community Legal Centres could be forced to sack staff and cut services.

“Prime Minister Malcolm Turnbull and Federal Attorney-General George Brandis need to change this year’s budget to put the funding back in and to make sure we are standing up for the most vulnerable in our communities.

“Shortly the State Government will be announcing the next three-year funding round for Community Legal Centres, and although we will be increasing the State funding over those three years, because of the Commonwealth’s decision many centres will still see a real cut in funding.”

Queensland Law Society president Christine Smyth said the impact of the cuts would largely affect the most vulnerable and disadvantaged members of society.

“It will have a significant economic impact as people dedicated to social justice who work in CLCs will lose their jobs,” Ms Smyth said.

“They have families to feed as well. This will place a greater burden on the remaining CLC workforce to serve the needs of the community.

“It will create a skills gap for emerging solicitors who volunteer their time to assist at our CLCs as the remaining workforce will be unable to properly supervise volunteers, which means even greater pressure on a system that is crumbling under the weight of this assault.

“For those who visit a community legal centre as a last resort, we will see catastrophic consequences which may include (people) being put through the revolving door of justice or even homelessness.”

National funding for Community Legal Centres will be slashed by $12 million across the country.

Community Legal Centres Queensland Director James Farrell said Queensland’s portion of $2 million in cuts was a relatively small amount in the context of the Federal Budget, but the cut would impact on thousands of people.

Mr Farrell said only half the people who contact a Community Legal Centre will have access to the help they need.

“The remaining 50 per cent are turned away because we just don’t have the resources we need to provide help for everyone who qualifies,” he said.

“We are asking the Federal Government to reverse their funding decision to ensure that the vulnerable people who come to our centres get the legal help they need and the justice they deserve.”

Footnote: In July last year the South Burnett gained a community legal service for the first time when the Advocacy and Support Centre, based in Toowoomba, began offering a fortnightly legal outreach at the Kingaroy Courthouse. southburnett.com.au has attempted to contact the the Centre to see if Budget cuts will threaten this service, but have so far been unable to obtain a comment.