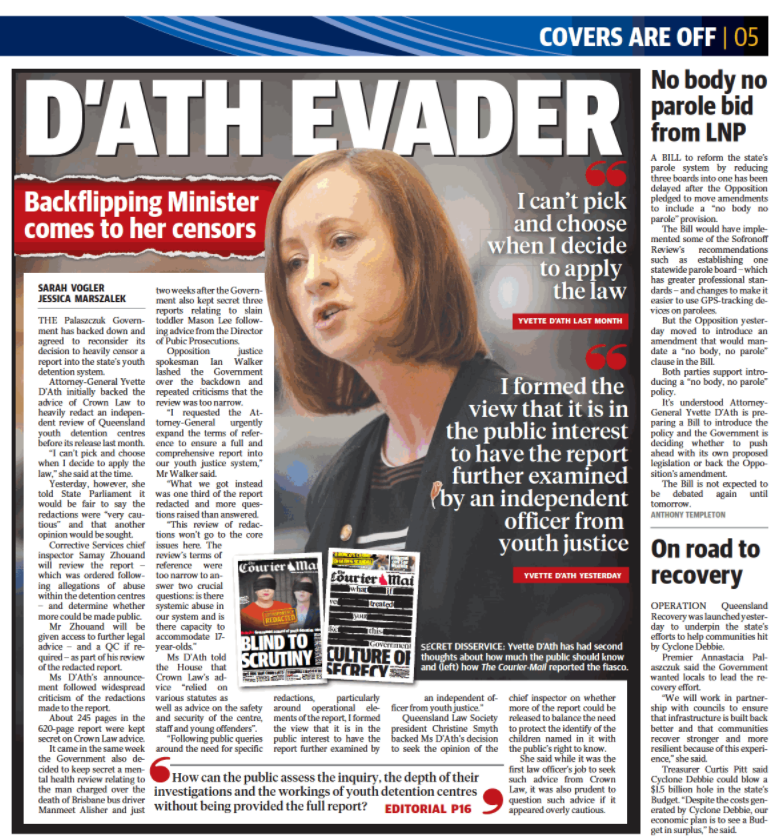 Backflipping Minister comes to her censors

“The Palaszczuk Government has backed down and agreed to reconsider its decision to heavily censor a report into the state’s youth detention system.

Attorney-General Yvette D’Ath initially backed the advice of Crown Law to heavily redact an independent review of Queensland youth detention centres before its release last month.  “I Can’t pick and choose when I decide to apply the law,” she said at the time.

Yesterday, however, she told State Parliament it would be fair to say the redaction were “very cautious” and that another opinion would be sought.

Corrective Services chief inspector Samay Zhouand will review the report – which was ordered following allegations of abuse within the detention centres – and determine whether more could be made public.

Queensland Law Society president Christine Smyth backed Ms D’Ath’s decision to seek to opinion of the chief inspector on whether more of the report could be released to balance the need to protect the identity of the children named in it with the public’s right to know.  She said while it was the first law officer’s job to seek such advice from Crown Law, it was also prudent to question such advice if it appeared overly cautious.”