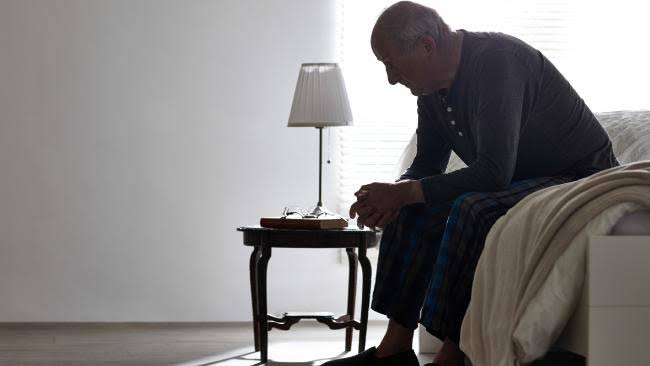 THEY are one of our most vulnerable groups in society, and many of them are dealing with fear, shame and helplessness.

This week marks World Elder Abuse Awareness Day, a time of year when the world voices its opposition to the abuse and suffering inflicted on some older people.

To coincide with this, Quest Community News is launching a four-week campaign focusing on elder abuse, which aims to raise awareness and provide information about the support and services available.

Elder abuse is defined as any act that causes harm to an older person. It is usually carried out by someone they know, and may be physical, social, financial or psychological.

Victims of elder abuse are typically reluctant to report their perpetrators and, because of this, it is difficult to determine how prevalent it is.

According to World Health Organisation statistics, about 3 per cent of people over 65 experience some kind of elder abuse.

But Australian research suggests the figure could be as high as 10 per cent.

“Sadly, older people experience mistreatment or exploitation usually by someone they know and trust, which can make it difficult for them to seek advice and support,” she said.

UnitingCare Queensland runs the Elder Abuse Prevention Unit, which is funded by the Queensland Government, to provide support services for people who experience, witness or suspect abuse.

The unit operates a number of programs for older people who may be at risk, including a dedicated Elder Abuse Helpline, which offers information, support and referral services.

Anyone experiencing elder abuse can call the hotline, 1300 651 192 or visit eapu.com.au

DOCTORS COULD BE A SAFE PLACE TO TALK

THE Queensland Law Society is spearheading a campaign, along with the Australian Medical Association Queensland, via GP surgeries to raise awareness and collect more data on elder abuse.

From this week, posters will be on display and wallet cards with the Elder Abuse Helpline number will be distributed.

Queensland Law Society president Christine Smyth said she hoped the initiative would encourage people to speak out. “The campaign is aimed at a generation not accustomed to speaking about their affairs to talk about it in a safe and secure way,” she said.

Elder abuse is a recognised form of domestic violence.

“It’s about the misuse of power and control,” Ms Smyth said.

Monash University statistics showed adult children were the greatest perpetrators of elder abuse and the main offenders were males against their mothers.