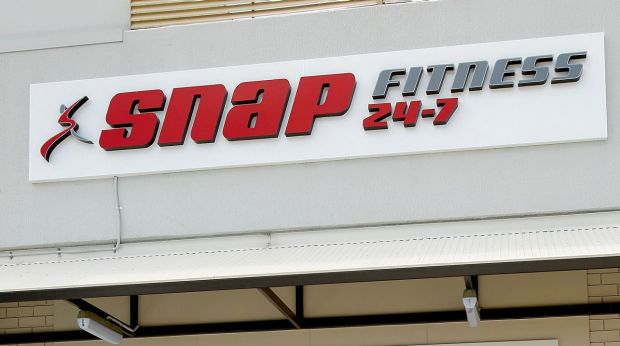 One of Australia’s largest gym chains is being sued for negligence after a client ended up in hospital for more than a week following a personal training session.

But it was the organisation’s response to the lawsuit, arguing that it wasn’t responsible for the PT’s actions, that caused concern among some experts.

Daniel Popp was checked into an emergency ward when his urine turned “as black as leather” following his first PT session at Snap Fitness in the inland central Queensland town of Emerald in August 2014.

It can be found in car crash victims, illicit drug takers and marathon runners but doctors blamed “excessive exercise”, according to Mr Popp’s discharge summary from the Emerald Hospital.

In a lawsuit filed against Snap Fitness Emerald and the trainer, James William Fallow, earlier this year, the 30-year-old blamed the exercise regime he was put through, calling for about $200,000 in damages.

He alleged the trainer told him to push through despite complaining of “significant” pain in his legs and groin, feeling faint, struggling to stand and vomiting in the toilet several times.

Both Snap and the trainer were contesting the lawsuit but disagreed over whether or not the PT was an employee of the gym.

In his defence, Mr Fallow said his program was safe and suitable for Mr Popp’s desire to “tone up”, denying that the gym member made any of his concerns about vomiting or pain known.

Both he and Snap denied negligence, with Snap also denying the man suffered injuries as a result of the session.

Despite Mr Fallow signing Mr Popp up to the gym, where he worked exclusively and wore a uniform, Snap denied he was an employee.

The company argued it did not owe the mines worker a duty of care to ensure PT services at the gym were “provided with due care and skill”.

Mr Fallow argued he was in fact employed by the gym and that both parties owed a duty of care to the father-of-five.

The PT-as-contractor arrangement is common throughout the fitness world, where trainers often have arrangements with gyms to use their facilities in return for part of their earnings.

That could cause both HR and safety problems, according to risk management expert Dr Betul Sekendiz, who said gyms could still be found vicariously liable for contractors.

“A big proportion of the fitness professionals are working as part time, which means they are self-employed and this is how they are working as personal trainers,” The Central Queensland University academic said.

“Managers tend to believe that this is a much cheaper and also safer option for themselves.

“They think they have less responsibility for the acts of the personal trainer.”

Snap would not comment when contacted by Fairfax Media and Mr Fallow did not return calls.

“When you take a look at a national company that is inviting or incentivising people to come into their gyms to improve their health, I think of all companies they need to ensure that systems are in place to make sure that health isn’t put at risk, irrespective of who they may bring in as trainers,” he said.

Speaking to Fairfax Media, Mr Popp said he still suffered regular pain and was concerned for his working future, which most of the financial claim related to.

Queensland Law Society president Christine Smyth said the line between employee and contractor could be tricky and had the potential to cause problems in the fitness industry and even more broadly.

“It’s a broader problem per se because there’s a deconstruction of the traditional workforce,” she said.

“So once upon a time you used to have a business that employed people but the cost of employing people is quite significant.”

Bill Moore, chief executive of peak industry body Fitness Australia, of which Snap is a member, would not comment on the case but urged clients to always check their PT’s qualifications, membership and insurance credentials.

He said the sector was heavily regulated and businesses and contractors should comply with the organisation’s code of ethics.