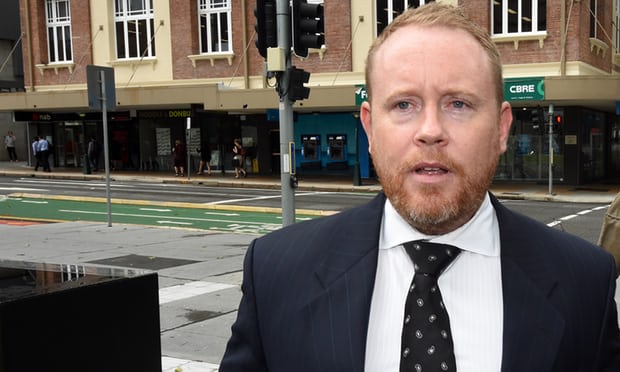 The case of a high-profile Brisbane solicitor who confessed to pocketing criminal proceeds while implicating colleagues in an illegal cash payments scheme has fed “public perception that lawyers are greedy and self-serving”, a judge said.

Tim Meehan, who most notably acted for Daniel Morcombe’s killer Brett Cowan, was sentenced to five and a half years in jail, with a non-parole period of 18 months, by supreme court justice Roslyn Atkinson on Friday.

Meehan, a month after he was sacked from his law firm, revealed to the Crime and Corruption Commission his role in taking more than $600,000 cash from clients in an “organised scheme” that hid earnings from the firm’s trust account, creditors in bankruptcy proceedings, the tax office and the federal financial intelligence agency.

He accused another solicitor with “effective control” of the firm, identified in court only as “S1”, of being the architect of the scheme in which the pair and another lawyer colleague, “S2”, would split the secret payments.

In a case that has scandalised Queensland’s legal community and prompted a broader investigation by the CCC, both S1 and S2 denied the allegations.

The crown said the allegations were made in large part by Meehan, but some with partial corroboration from independent sources.

However, Atkinson said she accepted that fraudulent documents Meehan made to initially cover up his crimes from the CCC were “created using a technique that S1 instructed him in”.

The crown said the total amount of unaccounted cash taken from the firm’s clients could not be calculated, but Atkinson accepted that Meehan’s share from the “apparent” joint scheme over four years was more than $200,000.

Atkinson acknowledged Meehan’s remorse by noting the “unusual” circumstances in which he prompted his swift prosecution on fraud charges through confessions on “matters that the investigators did not know about, and could not know about”.

This was “very much to your credit”, she said. However, the “gross breach” of a lawyer’s sworn duty to uphold the law demanded “significant incarceration”.

The aggravated fraud involved in the cash scheme, which was solely motivated by “personal enrichment”, was made “much worse” by his repeated efforts to cover up his wrongdoing through bogus documents he provided to the CCC over the nine months to June 2016.

The president of the Queensland Law Society, Christine Smyth, said Meehan’s crimes had “left an indelible stain on the legal profession and the vast majority of lawyers who consistently and honourably adhere to the profession’s very high standards and commitment to the rule of law”.

Smyth said the public “deserved answers when a lawyer was convicted of committing criminal acts”, which in Meehan’s case were “nefarious”.

“QLS has also been working very closely with the [CCC] and has been conducting an ongoing audit of Mr Meehan’s firm’s trust accounts,” she said.