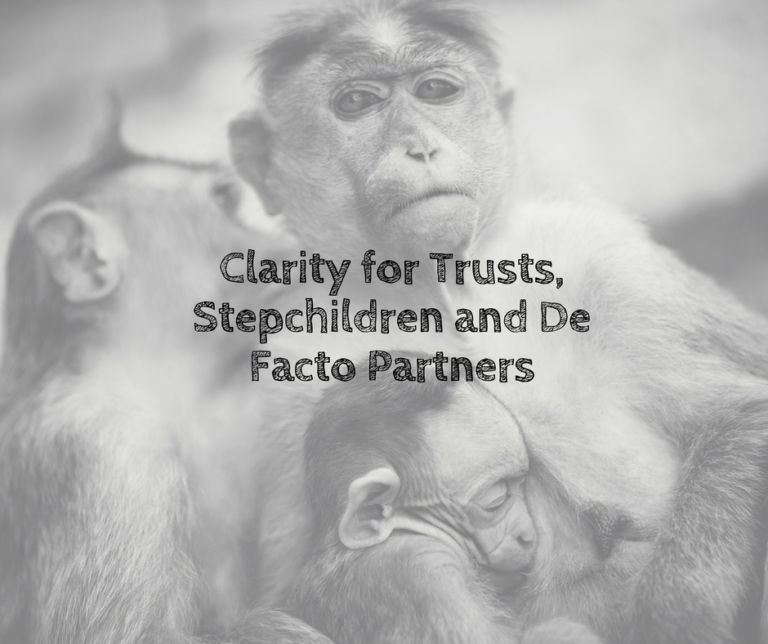 Changes under the Court and Civil Legislation Amendment Act 2017

Queensland Law Society has tirelessly advocated for reforms to the Trusts Act 1973 (Qld), and championed clarity around the stepchild relationship for family provision applications relating to de facto relationships within the Succession Act 1981 (Qld).

On 5 June, the omnibus Court and Civil Legislation Amendment Act 2017 (Qld) (Amendment Act) was passed, amending more than 30 separate Acts including the Trusts Act 1973 (Qld) and the Succession Act 1981 (Qld). So, what exactly does this Amendment Act do, and what does it mean for how we practise law? For succession law, there have been a number of omissions and insertions for the Succession Act 1981, the most important being the insertion of s15B – the effect of the end of a de facto relationship on a will – and the amendments to s40A – the meaning of a stepchild.

This inserted section also provides that the ending of a testator’s de facto relationship does not revoke:

In relation to the amendments of s40A, these alterations focus primarily on clarying when a stepchild relationship ends in relation to family provision applications.  The amendments incorporate other means of spousal relationships extending to civil partnerships and de facto partners. Section 40A(2) and (3) are omitted, with a new s40A(2) and (3) inserted. The new s40A(2) now provides for the relationship of a stepchild to stop upon:

Also, the new s40A(3) now provides clarification as to when a relationship between a stepchild and a step-parent does not stop. These circumstances include:

The legislature provides an additional subsection in relation to the definition of ‘termination’ of a civil partnership under s40A(4).  This definition is to take the same meaning as under s14(1)(b) or s19 of the Civil Partnerships Act 2011 (Qld).

In relation to the Trusts Act 1973, there are a number of amendments, some relating to the power to delegate trusts. However, one of the most important amendments impacting the way in which practitioners carry out their work is that of s67. This section is best recognised as the creditors’ notice in relation to the protection of trustees by means of advertisements during notices of intention to apply for a grant of representation, be that probate or letters of administration.

This amendment omits s67(1)(a) and (b), and inserts new paragraphs that a trustee or executor may give notice by advertisement in a publication approved by the Chief Justice under a practice direction, or a newspaper circulating throughout the state, and sold at least once each week.  These amendments remove the requirement to calculate the 150 kilometres between a deceased’s last known address and Brisbane, and removes the requirement for publication to occur within a newspaper approved for the area of the deceased’s last known address. Other amendments to the Trusts Act relate to achieving consistency within the Powers of Attorney Act 1998 (Qld) by removing the requirement that the delegation of the administration of a trust is to be made by power of attorney executed as a deed.

I encourage all to consider this Amendment Act and the clauses that give rise to amendments to the Trusts Act and  Succession Act so that you may become familiar with the updates in the legislation.

The author expresses her gratitude to solicitor Chelsea Baker and QLS policy solicitor Vanessa Krulin, who assisted in writing this article. Christine Smyth is president of Queensland Law Society, and a QLS accredited specialist (succession law). She is a member of the QLS Council Executive, QLS Council, QLS Specialist Accreditation Board, the Proctor editorial committee, STEP and an associate member of the Tax Institute.

Notes
* citations and references are included in below downloadable copy.