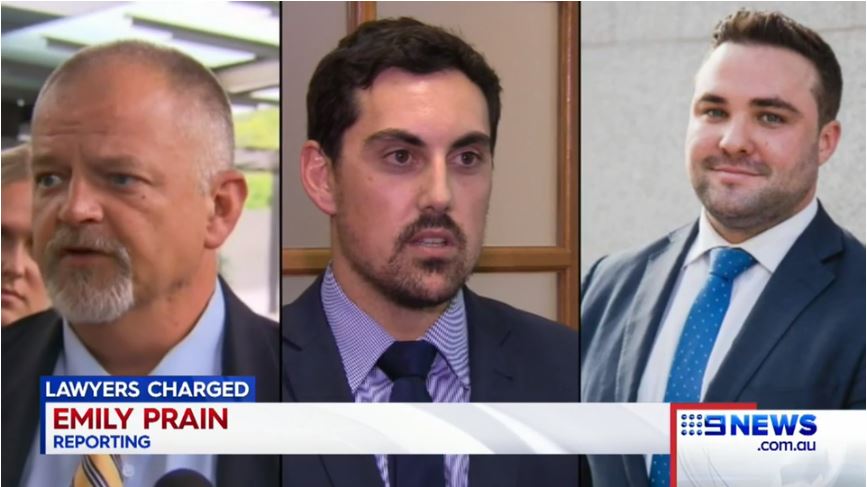 They’ve defended the worst of the worst, but now three Brisbane legal high-flyers have found themselves on the wrong side of the law.

The corruption watchdog axe has fallen again, this time on criminal lawyer Michael Bosscher, his offsider Alex Jones and his former law clerk Tom Strofield, who happens be the son of a sitting magistrate.

The trio were charged today with aggravated fraud offences.

“When people are brought before the justice system it does cast a cloud over that particular profession,” Queensland Law Society president Christine Smyth said.

The arrests have stemmed from a long running investigation run by Queensland Police and the Triple C, to expose the dark side of Brisbane’s legal fraternity.

It’s understood all three will be defending the charges.

They were granted bail and will face court later this month.