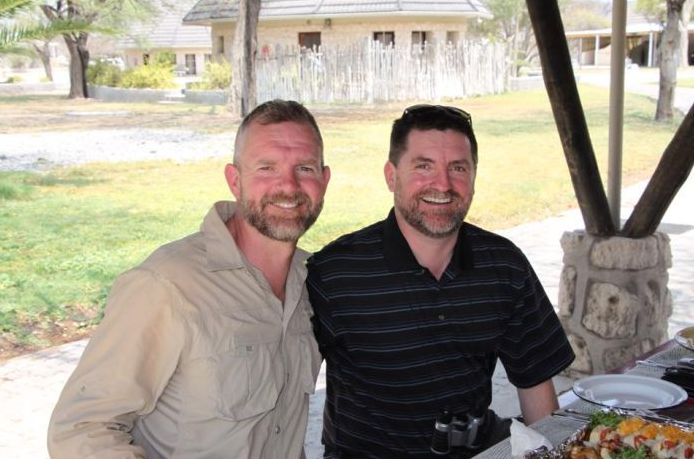 Two gay men on Queensland’s Sunshine Coast are struggling to make sense of a barrage of hate mail left in their letterbox in the wake of this month’s national vote in favour of same sex marriage.

Kirk Muddle, 46, found the letters last week in the mailbox of the Maroochydore home he shares with his partner.

The letters call for the men to be castrated, put in jail and excluded from living in the suburbs.

“But the one that incredibly tipped me over the edge was that because we were a gay couple, clearly we weren’t good enough to own dogs,” Mr Muddle said.

The letters were discreetly slipped into the letterbox, not sent through the post.

The men don’t know who’s responsible and the matter has been reported to police.

The pair has also taken “safeguards” to identify the perpetrator in the event of it happening again.

“But I don’t want this to ever happen again, because it’s not right,” Mr Muddle said.

He has previously been on the board for Sydney’s Mardi Gras event but has not been subjected to such hateful material since he was a teenager.

“I got accused of selecting the wrong people for the wrong dance parties but for goodness sake I never received something that outright told me that I didn’t deserve to live or have my testicles,” he said.

Mr Muddle first posted photos of the mail on social media not to attract sympathy, but raise awareness.

“Even I’d kind of forgotten that despite the fact that we’re in 2017 there are still some hateful, bigoted people out there.”

The post has been shared more than 1,435 times and Mr Muddle said that the public’s response to the incident has been overwhelmingly supportive and “beautiful”.

“We’ve had a response from our neighbours who somehow found it on Facebook and said ‘Hey, we’ve got your back, this is not acceptable, we’re here if you need’,” he said.

He said the majority of those around the pair — either in person, or on social media — were outraged.

Mr Muddle believed that the catalyst for the letters was the same sex marriage vote earlier this month in which 62 per cent of respondents nationally and 64 per cent in the electorate of Fairfax, voted in favour of changing the law to allow same sex couples to marry.

“I know there are ‘no’ voters in our street, that’s fine, I’m not attempting to change your mind,” he said.

“It’s one narrow-minded person’s view and I realise that the greater world and that in the main the Sunshine Coast is not that place.

“This is not the Sunshine Coast I grew up on.”

She said there could be various ramifications under Queensland’s anti-discrimination legislation and/or stalking laws in the Criminal Code.

“In Queensland we have the Anti-Discrimination Act which provides protection for Queenslanders from being discriminated against for sexual orientation, religion or race,” she said.

“And under the Criminal Code s359(B) it identifies what unlawful stalking is and under that provision, leaving offensive material where it will be found by or given to or brought to the attention of a person, may in fact breach that provision.”

Ms Smyth said a complaint could be lodged with the Queensland Anti-Discrimination Commission and police while the Queensland Law Society can give referrals to solicitors who specialise in the area.

Ms Smyth said it was important to “call out” such behaviour and take action with authorities so “anyone who might sympathise with them will understand that the broader Australian community do not consider this to be acceptable behaviour”.

Ms Smyth said she was targeted with hate mail herself after the Queensland Law Society adopted a policy position on the marriage equality vote.

“I received hate mail myself and I know members of our profession — who are gay and walking down the street and holding someone’s hand — they get vilified all the time,” she said.