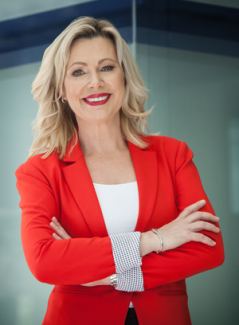 By Chris Clarke, The Courier Mail

THE devastated family of a Moreton Bay teenager who died almost a year ago in a weightlifting accident is yet to receive any response from authorities about what happened to their son.

Ben Shaw, 15, of Bray Park north of Brisbane, dropped a heavy barbell on his throat while bench-pressing at the Pine Rivers PCYC on the night of September 26 last year. He died in hospital four days later.

Police sources said CCTV footage showed Ben trapped under the weight for up to 20 minutes before someone at the gym noticed. But by that point the damage had already been done.

After being told she would receive answers in January this year, Ben’s mother Dalya Shaw spoke exclusively to The Courier-Mail, saying she feels no closure.

“I switch between frustration and disbelief,” Ms Shaw said.

“It makes it difficult because there are those rumours. But there has been nothing factual put out there yet. WE don’t even know what happened.

“I don’t have any more answers than what I had 12 months ago.”

When Ben died, Ms Shaw hoped she would see sweeping changes to the fitness industry, including closer monitoring of gym-goers by staff.

“It’s not even so much about getting an answer as to what happened on the night. It’s what’s going to be the answer that will stop this happening to someone else.”

Hundreds are expected to attend the event, including friends and people across Australia who were touched by his story.

“It was a lonely one, however I will always be Ben’s very proud father, and I am determined to live my life in a way that he would be proud of,” Mr Shaw said.

Ben was a healthy 15-year-old boy who loved rugby league.

He was training to be fitter and stronger for the following season when he died.

He has been described as an “amazing, mature and kind” boy who enjoyed helping others.

Workplace Health and Safety statement read: “The investigation is ongoing, but nearing completion.

“As such, WHSQ cannot provide further comment other than to confirm it has been a complex investigation with multiple entities involved.”

Ben’s organs were donated so that others could benefit from his tragic passing.