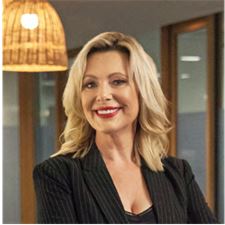 On 10 September 2014, the Special Taskforce on Domestic and Family Violence in Queensland was established with Dame Quentin Bryce AD CVO as its chair.

Some six months later – on 28 February 2015 – Queensland Premier Annastacia Palaszczuk received the taskforce’s report, ‘Not Now, Not Ever: Putting an end to domestic and family violence in Queensland’.

Much has happened since then. In respect of the four recommendations directly involving Queensland Law Society, we established a Domestic Violence Working Group which worked closely with stakeholders to develop the Domestic and Family Violence Best Practice Guidelines. These were released on 27 July 2016 to provide practitioners with assistance in identifying and dealing with the key legal issues associated with domestic and family violence (DFV).

We have led the implementation of the guidelines, and have provided a range of professional development events for DFV practitioners in this area.

While much has changed, much remains to be changed – our work has only just begun. Domestic and family violence remains a horrendous blight on our community and it is appalling that, so far this year, some 17 women have lost their lives as a result of violent acts. In 2016, a total of 73 women lost their lives due to violence.

The Our WATCh website,1 which has been established to drive nationwide change in the culture, behaviours and power imbalances that lead to violence against women and their children, provides some authoritative statistics:

• On average at least one woman a week is killed by a partner or former partner in Australia.

• One in three Australian women has experienced physical violence since the age of 15.

• One in five Australian women has experienced sexual violence.

• One in four Australian women has experienced physical or sexual violence by an intimate partner.

• Of those women who experience violence, more than half have children in their care.

• Violence against women is not limited to the home or intimate relationships. Every year in Australia over 300,000 women experience violence – often sexual violence – from someone other than a partner.

other women. Intimate partner violence contributes to more death, disability and illness in women aged 15 to 44 than any other preventable risk factor.

• Domestic or family violence against women is the single largest driver of homelessness for women, a common factor in child protection notifications and results in a police call-out on average once every two minutes across the country.

• The combined health, administration and social welfare costs of violence against women have been estimated to be $21.7 billion a year, with projections suggesting that if no further action is taken to prevent violence against women, costs will accumulate to $323.4 billion over a 30-year period from 2014-15 to 2044-45.

As a succession lawyer, elder abuse is something  I am very much aware of, and it is an integral subset of DFV. In fact, a rapidly  growing area of concern is the number of older women becoming homeless, often as a consequence of DFV or elder abuse.

Researchers from the School of Arts and Social Sciences at Southern Cross University in Lismore have identified this issue as a ‘sleeping giant’ that is spread across both metropolitan and regional areas.

World Elder Abuse Awareness Day is on the 15th of this month, and we will be providing links to appropriate resources via qls.com.au.

Our QLS Reconciliation Action Plan (RAP) has now been conditionally approved by Reconciliation Australia and at the time of writing is awaiting final approval from Council.

We are truly excited by the initiatives we have planned. Through this RAP, we aim to lead the profession in supporting, promoting and improving access for Queensland’s Indigenous lawyers.

We are celebrating National Reconciliation Week (27 May-3 June) with a staff morning tea at which Indigenous Lawyers Association of Queensland president Linda Ryle will share her journey in the legal profession and the challenges she has faced as an Indigenous woman.

The next big event in the Indigenous calendar is NAIDOC Week (2-9 July) and in that week, we have scheduled 5 July for the official launch of our QLS RAP. On Friday 7 July, we are also aiming to show our support with a stall at the Musgrave Park Family Fun Day.