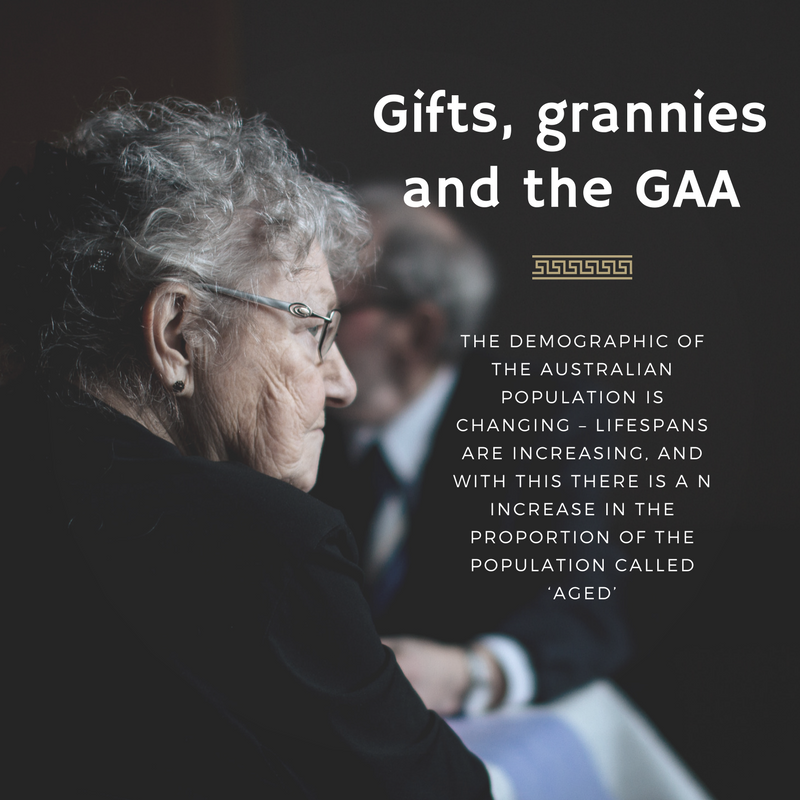 The demographic of the Australian population is changing – lifespans are increasing, and with this there is a n increase in the proportion of the population called ‘aged’.[1]

These demographic features drive the ever-growing need for members of our aging population to have a substituted decision maker to assist them in managing their affairs as their capacity declines.

This cohort holds significant wealth and the statistics demonstrate they are dangerously exposed to the unscrupulous, with estimates putting the annual cost of elder financial abuse in Queensland at a minimum of $1.8 billion.[3]

A protective mechanism within the legislative scheme is to prevent conflict and gifting transactions without authority, unless it is naturally and reasonably a gift that the adult might make.[5] The typical examples are birthday and Christmas presents. The question, however, sometimes arises whether it is proper for an attorney/financial administrator to make large gifts on behalf of their principal when that was their custom.

“When a gift is deserved, it is not a gift but a payment. “

FK involved an application under the Guardianship and Administration Act 2000 (Qld) (GAA) by the then recently appointed financial administrator GJ of FK, who was 94 at the time an order was sought for the tribunal to approve financial gifts to numerous relatives of FK.

The administrator, GJ, was one of those family members to receive the gifts.

The decision traces the mechanics of the steps the administrator was required to undertake and the evidence necessary to satisfy the tribunal that the proposed gifts were ones that ought to be approved.

The decision addresses the provisions of the GAA relating to the powers exercised by the decision maker, and their responsibilities including the duty to avoid conflict transactions unless authorised.[7]

These were succinctly summarised at paragraph [27]:

“The Act in section 54 deals specifically with the situation of gifts. The section provides that unless the Tribunal orders otherwise, an Administrator for an adult may give away the adults property only if:

The question for determination was whether financial gifts totalling $112,000 satisfied this criteria. Of notable relevance was that FK “is a person of considerable financial means who was in the practice of giving monetary gifts to children, grandchildren and others at Christmas, birthdays and other special occasions.” [8]

In approving the gifts, the decision pays particular attention to the evidence of FK’s long-standing accountant of 15 years. [9]

Noting that “[t]he circumstances of this matter are unique and unusual”, [10] the tribunal ultimately found that “that the gift-giving program can be undertaken without unreasonably compromising FK’s financial position. Her interests are being protected but her wishes are also being served.”[11] It should also be noted that the approval was confined to “the 2017-2018 period”.[12]

While an unusual decision, it demonstrates that not all financial exchanges between incapacitated adults and their family members are laced with menace, deprivation and dishonesty.

In addition, I refer you to the equally unusual matter of CMB, Re [2004] QGAAT 20, where in a split decision, the majority tribunal approved the sale of the incapacitated adult’s family home and distribution of the proceeds to her children. This represented 70% of her assets.[13] The split nature of that decision is particularly instructive to practitioners in illustrating the differing approaches to interpreting the legislation.

Having regard to these decisions and the level of oversight a financial administrator is subject to, it raises the question of whether the level of abuse in the case of EPAs could be reduced if a similar approach to suitability and reporting factors was applied before a person is appointed as an attorney. The cases are clear that these situations turn on their own facts and a prudent substituted decision make will seek QCAT sanction before making gifts on behalf of the principal or entering into conflict transactions.

Christine Smyth is immediate past president of Queensland Law Society, and a QLS accredited specialist (succession law). She is a member of the QLS Council Executive, QLS Council, QLS Specialist Accreditation Board, the Proctor editorial committee, STEP, and an associate member of the Tax institute.

[4] Public Trustee Queensland is quoted in the House of Representatives Standing Committee on Legal and Constitutional Affairs – Older People and the Law, AGPS 2007, at 80-81.