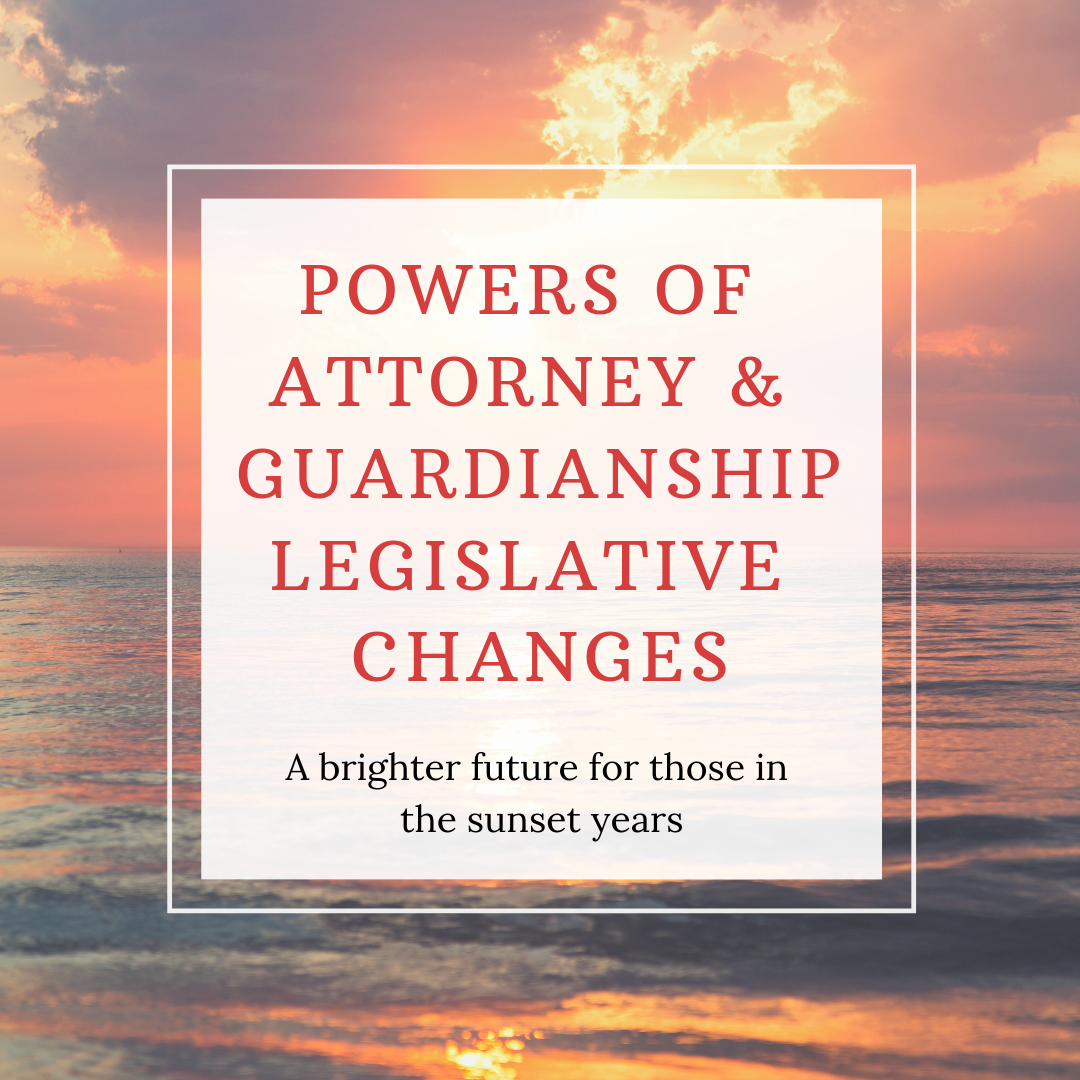 A brighter future for those in the sunset years.

Guardianship and Administration and Other Legislation Amendment Bill 2018 (GAOLA)

After being introduced on 15 February 2018,  the GAOLA Bill was passed yesterday by Queensland Parliament. Amongst others, it amends the Guardianship and Administration Act 2000 and the Powers of Attorney Act 1998. Any person who is  appointed as an Attorney or an Administrator, ought to seek independent legal advice as to any actions they may take moving forward with respect to the affairs of their Principal, as this legislation significantly alters many rights and responsibilities of incapacitated persons.

The legislative changes aim to incorporate safeguards for adults with impaired capacity and improve the current QLD guardianship legislation, with an underlying focus on human rights for incapacitated adults.[1]

While the Bill takes into account a number of the recommendations made in the Queensland Law Reform Commission’s review of the guardianship legislation in 2010, it makes some additional amendments not considered by the QLRC. Significantly, one of these amendments is providing a legislative exception to the doctrine of ademption.

Ademption occurs where a specific gift in a will fails due to the gift being sold or disposed of prior to the testator’s death, potentially removing any interest that the beneficiary may have had under the will. Issues commonly arise where the testator is an adult with impaired capacity whose attorney or administrator deals with the property, and the testator is unable to change their will due to their impaired capacity. This Bill acts as a safeguard against ademption, so that when an attorney or administrator deals with specifically gifted property prior to the testator’s death, the beneficiary still has an entitlement under the will. This protects and ensures that the testator’s intentions prior to losing capacity are maintained.[1][2]

[3] My thanks to Law Clerk Rachel Mallard for the assistance she has provided me in monitoring this legislation and with this post.