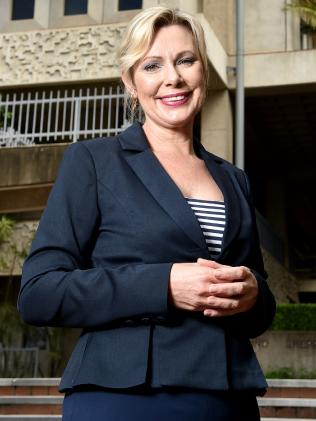 The legal industry has watched the rise of online legal portals where people can type in a problem – be it divorce proceedings, a criminal charge, or a will dispute – and the services reply with a response for a fee.

Queensland Law Society president Christine Smyth says more needs to be done to police online legal advice.
Speaking about how technology was changing law and courts, Chief Justice Holmes said the sites she visited wanted all her details before advising who would help.

“I looked at some online legal advice services which were noteworthy firstly for their lacklustre command of language, and secondly their failure to identify exactly who the lawyers who said to be providing the advice were,” she said.

“Now I assume those services are staffed by lawyers because otherwise they’d be in breach of the various state legislative prohibitions on practising as a lawyer without credentials.

“As a consumer I’d be wary of a site which won’t tell you who is behind it until you sign up.”

She decided against giving her details to the sites.

She said the Legal ¬Services Commission of Queensland “did not appear to have an appetite for actively pursuing” people who breached the law by ¬offering legal advice without being licensed.

“The Legal Services Commission has to be more active in this space,” she said.

Ms Smyth said having a law degree was not enough. She urged people seeking online advice to make sure it was provided by a registered Australian legal practitioner.