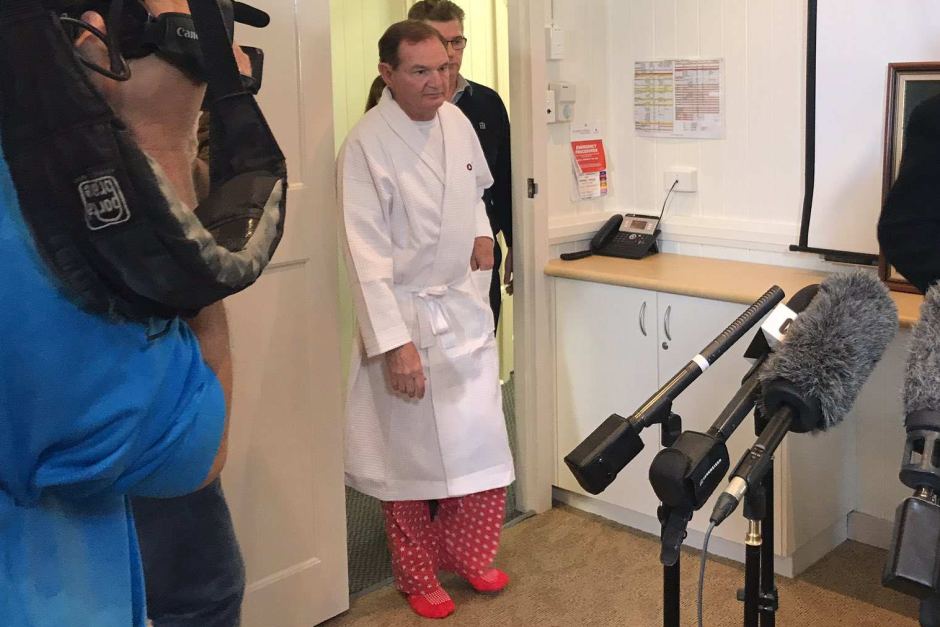 The Queensland Law Society is concerned about the actions of Brisbane barrister Sam Di Carlo, who says he asked Paul Pisasale while he was Ipswich mayor to collect $50,000 in cash for him interstate.

Mr Pisasale, who is under investigation after he was detained at Melbourne Airport last month with $50,000 in cash, announced his resignation as mayor due to ill-health on Tuesday.

Late yesterday, Mr Di Carlo came forward with an explanation, saying he asked Mr Pisasale to collect the money on behalf of a client.

“Many people will be wondering what it is that a civic leader is doing collecting $50,000 in cash on behalf of a barrister — it is to say the least very unusual but it is not illegal,” she said.

“It is particularly unusual to see a barrister obtaining money directly from a client and even more unusual for it to be collected by someone who is not a lawyer themselves.

“But no doubt the Crime and Corruption Commission and possibly the Legal Services Commission will be very interested in the circumstances in which Mr Pisasale came into a possession of a bag full of money for barrister.”

She said such an arrangement was normally done by a solicitor.

“The Barristers’ Association of Queensland are the ones that are responsible for the professional conduct of their members and I am sure that no doubt they will be very concerned as to what Mr Di Carlo is accused to have done and be very interested in this unusual chain of events,” she said.

The Crime and Corruption Commission (CCC) is investigating the circumstances.

Premier Annastacia Palaszczuk said the CCC should be left to do its investigation.

“I’m not going to pre-judge the police investigation nor the CCC investigation but those matters have been canvassed publicly and we will let those police enforcement organisations undertake their role in determining what actually occurred,” she said.

“As I said the other day, a lot of people are in shock about what has been revealed and I know that the CCC and the Queensland Police Service will absolutely get to the bottom of it.

Opposition Leader Tim Nicholls also said the CCC and the police needed to finish the investigation.

“Paul [Pisasale] has obviously been a longstanding fixture in Queensland’s political scene,” he said.

“There’s an investigation underway by the CCC and police — I think we need to wait and see what’s happened.

“I think the CCC is the appropriate body to conduct these sorts of investigations.

“We hope his [Mr Pisasale’s] health improves and that he can deal with his health issues, but I think we have to wait and see what comes out of the investigation.”