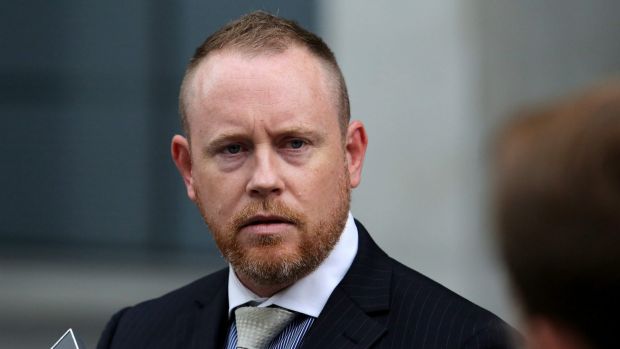 The solicitor who represented Daniel Morcombe’s killer Brett Peter Cowan is behind bars after pleading guilty to fraud and other charges.

Tim Meehan pleaded guilty in the Brisbane Supreme Court on Thursday to one count of aggravated fraud and eight counts of fraudulent falsification of records.

The 41-year-old was remanded in custody and is due to be sentenced on July 13.

After news of his plea broke, the state’s corruption watchdog issued a statement saying it was continuing to investigate suspected criminal activity within “elements” of the legal profession in Queensland.

The charges related to the dishonest application of monies in excess of $30,000, belonging to Meehan’s former employer Bosscher Lawyers, as well as the falsification of costs agreements and tax invoices, the Crime and Corruption Commission said.

“As this investigation remains ongoing and this matter is now before the court, the CCC is unable to comment further,” it said.

Queensland Law Society president Christine Smyth said it was a dark day for the legal profession when a practitioner was convicted for such serious offences.

“It is extremely disappointing when any lawyer abuses the trust and faith members of the public place in them,” Ms Smyth said.

Meehan surrendered his practising certificate shortly after Bosscher Lawyers notified the QLS of his criminal behaviour.