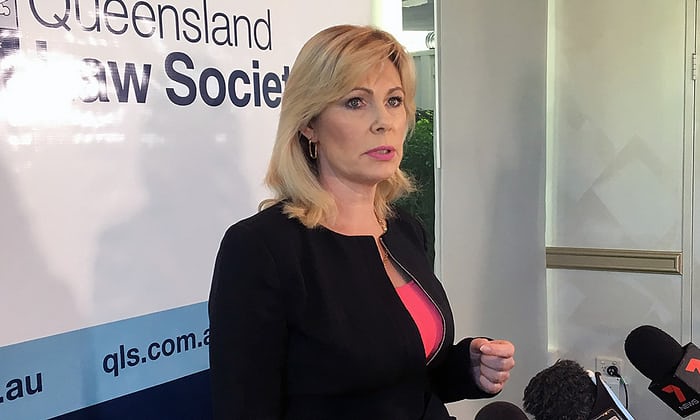 Tens of thousands of needy Queenslanders will be denied access to justice in wake of the limited renewed funding grants announced by the state government this week, according to Queensland Law Society.

Society President Christine Smyth on Friday (Sept 15) said the allocation of almost $4.8 million in funding by the Queensland Government to community legal centres was a welcome step, but much more funding was required to ensure access to justice for the state’s most vulnerable people.

“Queensland’s CLCs are in a state of crisis and are already severely underfunded,’’ Ms Smyth said.

“Funding granted to 10 organisations over the next three years will go a long way to helping some communities, but just as many needy and deserving communities received no funding and will be forced to slash services of simply close up shop.

“Reports from our members tell us CLC’s stretching from the Sunshine Coast to Mackay received absolutely no funding at all – meaning justice will be denied to tens of thousands of people each year.’’

The comments follow Attorney-General and Minister for Justice Yvette D’Ath’s announcement additional funding would support 10 organisations from 2017 to 2020.

“This funding will go towards supporting legal services that assist with family law and family violence, which are two areas of law where demand for service is rapidly growing, especially in the community legal sector,” Mrs D’Ath said.

However, Ms Smyth said CLC’s who received reduced or no funding at all would be crippled as a result of the limited allocations.

Ms Smyth said Lawright — an independent not-for-profit community-based legal organisation — had revealed it would be forced to abandon services to some of the state’s most vulnerable people.

“Lawright announced that a number of their programs would be shut down and that some 350 Queenslanders would no longer receive free legal advice,’’ Ms Smyth said.

“Community legal centres are already run on the smell of an oily rag and are predominantly staffed by volunteer lawyers.

“Despite the free legal advice provided by Queensland solicitors, they still have significant expenses related to insurance, rent, administration, management and resource such as computers, phones, desks, and stationary as well legal research resources.

“QLS is extremely concerned that the lack of clarity around funding and this announcement has caused significant disruption to the delivery of advice to Queensland’s most needy and this is a shameful indictment on how government views our underprivileged.

“Whilst planes train and automobiles are important physical infrastructure, social infrastructure has an equally important role in holding our society together, by giving fair and reasonable access to justice.’’