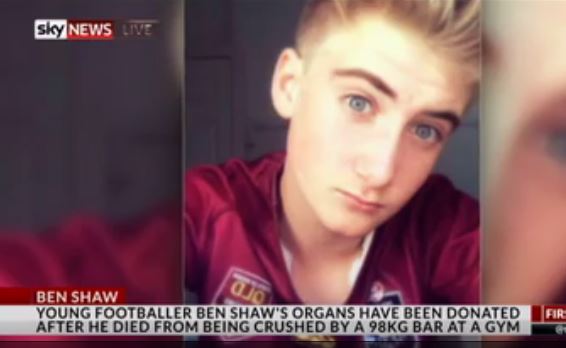 THE Queensland Law Society has labelled the death of a teenager in a Brisbane gym “extremely preventable” and has called for a coronial inquest to determine whether the state’s gyms are following correct procedures.

Ben Shaw, 15, died on Saturday after a heavy barbell fell on his throat while he was benchpressing in the Pine Rivers PCYC gym in Brisbane’s north.

It is believed he was benchpressing more than 30kg above his body weight when the bar fell about 7.30pm. It was about 20 minutes before anyone noticed.

Ben was taken to hospital in a critical condition and placed on life support but later died.

An investigation is currently underway, headed by Worksafe Queensland with the assistance of police.

QLS president Christine Smyth said Ben’s death was a tragedy and should be a “warning sign” to all gyms.

“All gyms should take this as a warning sign and increase and improve supervision,” she said.

“Questions do need to be asked as to how this has occurred and how to prevent it, while keeping gyms accessible.

“If necessary, (a coroner) will make any recommendations into criminal fault.”

Ben’s accident followed a similar occurrence at a gym north of Brisbane five days earlier, where a 28-year-old had a barbell fall on his throat during a 120kg bench-press.

The man survived but was hospitalised.

The tragedy has sparked division within the fitness community over who is responsible for the safety of gym-goers – gym staff, or the gym-goers themselves.

Ms Smyth suggested PCYC’s gyms were more responsible for the clients due to the large number of children their gyms attract.

Authorities remain tight-lipped over the incident.

The Pine Rivers PCYC gym is not a 24-hour facility.

It will remain closed until further notice.