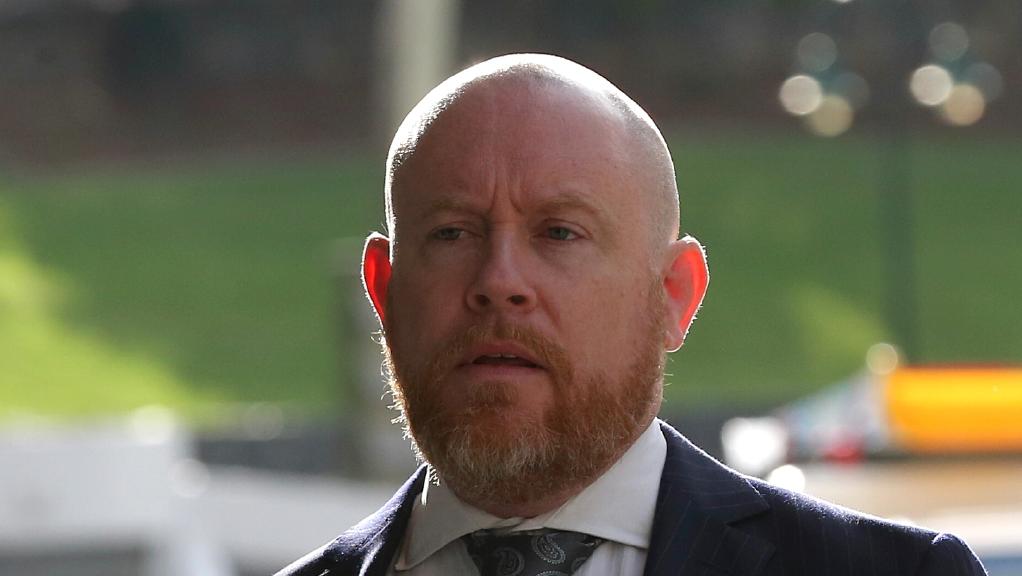 FORMER high-profile solicitor Tim Meehan has been remanded in custody after today pleading guilty to fraud.

In a sensational development in the Brisbane Supreme Court, an ex officio indictment was presented for one count of fraud to the value of more than $30,000, and eight counts of fraudulently falsifying a record.

Meehan, who represented Daniel Morcombe’s killer Brett Peter Cowan, was sacked from Bosscher Lawyers in August last year amid accusations he took more than $170,000, with the help of his law clerk mistress.

Shortly before 9am, Meehan walked into Courtroom 19 of the Brisbane Supreme Court and was led into the dock.

Michael Byrne QC told Justice David Boddice he “had an ex-officio matter that is not on the list”.

“I present an ex-officio indictment charging Timothy Vincent Charles Meehan with one count of fraud in the circumstances of aggravation, and eight counts of fraudulently falsifying a record,” Mr Byrne said.

“I am asking he be arraigned on each of the counts on the indictment, however I understand Mr Meehan has provided instructions …”

When asked how he pleaded, Meehan replied: “I am guilty”.

He was remanded in custody, with his sentencing hearing adjourned to July 13.

Queensland Law Society President Christine Smyth said it was “extremely disappointing when any lawyer abuses the trust and faith members of the public place in them”.

“QLS take matters such as this very seriously and the public deserve answers when a lawyer is charged with committing criminal acts,” she said.

“QLS has also been working very closely with the Queensland Crime and Corruption Commission and has been conducting an on-going audit of Mr Meehan’s firm’s trust accounts.”

“Whilst Mr Meehan has pleaded guilty to some very serious offences and been remanded in custody for sentence on a date to be fixed and such is improper for me to make any further comment at this stage.”

In a statement, the Crime and Corruption Commission said the charges related to the “dishonest application of monies in excess of $30,000 belonging to Bosscher Lawyers Pty Ltd and for fraudulently falsifying costs agreements and tax invoices”.

“The CCC is continuing to investigate suspected criminal activity within elements of the legal profession in Queensland,” the statement said.

“As this investigation remainsongoing and this matter is now before the court, the CCC is unable to comment further.”

Yesterday, Meehan updated his Facebook profile picture to a photo of Arnold Schwarzenegger’s Terminator character with the line: “I’ll be back”.